There are situations in life where good things are closer to you than you would think – and never has that been more true than in the case of how SpecFlow found a new home.

Wolfgang Platz, founder and Chief Strategy Officer of Tricentis tells the story of how SpecFlow became the latest addition to the Tricentis family.

The first time I learned of SpecFlow was back in 2013 when a well-known Australian bank decided to invest in Behavior Driven Development (BDD). The bank was looking to combine SpecFlow with Selenium to automate their tests. This wasn’t the first time I had heard of Specification by Example and BDD, but I was unaware that there was an open source BDD project for .NET.

A few months later, SpecFlow came onto our radar a second time when a large US insurance firm was again looking to automate tests with Selenium. So we decided to follow these implementations closely, discovering that the idea behind BDD was well-received by users – mainly developers and testers using it extensively to write scenarios – but noticed that there were teething problems relating to the automation with Selenium. The takeaway for us was that SpecFlow works, and the idea is sound. But driving script-based automation, which is at the heart of Selenium, was not as easy as it could and should be.

Fast forward to 2018, when we decided to look into BDD again. We recognized that BDD was undeniably an up-and-coming methodology. The momentum behind Agile Development and DevOps was driving the adoption of Cucumber and its .NET variant SpecFlow. I took the opportunity to get in touch with the creators, with SpecFlow being of particular interest. SpecFlow’s focus on .NET meant that it was widely used in the customer enterprise landscape.

This was when I stumbled upon the first strange coincidence: SpecFlow originated in Vienna – not normally the first place that comes to mind as a hotbed of innovation in IT – and also the location of Tricentis’ European headquarters. And not only was the SpecFlow team based in Vienna, they were actually located in the same office tower as Tricentis! Furthermore, I already knew Christian Hassa – a true celebrity in the Agile and DevOps space – but was not aware that he was also behind SpecFlow. Chris, you are too humble!

SpecFlow originated in Vienna – not normally the first place that comes to mind as a hotbed of innovation in IT – and also the location of Tricentis’ European headquarters.

Over the following months, Chris and I started to discuss the ideas behind BDD in more detail, as well as discussing the future. We realized that connecting SpecFlow with the superior automation capabilities in Tricentis Tosca has the potential to be a real gamechanger. And as our thoughts got more and more concrete, we reached the point where we discussed bringing the two solutions together.

During our discussions I also learned that the SpecFlow team were facing another issue. Over time, the user base had expanded, and more and more corporations were adopting SpecFlow to automate their tests. This brought a new set of challenges for SpecFlow+ with it, in particular regarding licensing for larger numbers of enterprise users. Once again, this was an area where Tricentis was already established and seemed a good fit.

Since 2009, SpecFlow has gathered a massive open source community, with more than 9.6 million downloads and a user base that continues to grow at more than 3,000 downloads per day.

But the happy coincidences were not over yet. It turned out that the SpecStar team (the team behind SpecFlow and SpecMap) also had members in Budapest. Tricentis also has a presence in Budapest, and, believe it or not, it turned out that both teams were again located in the same building! I don’t really believe in fate, but this really got me thinking, and it definitely seemed like a good omen.

And so it was that in January of this year, SpecFlow became part of the Tricentis family, something we are very proud of. For Tricentis, acquiring the leading BDD solution for .NET extends our range of community products, while for SpecFlow the change means new opportunities and tackles some of the more pressing issues facing the team. Given the physical proximity of Tricentis and the SpecFlow team (who are still based in the same offices as before), we expect the integration to happen quickly and to go smoothly. All the teams involved are excited about what the future will bring, as are Chris and I. We look forward to ushering in a new era for SpecFlow, and will keep you posted as we move forward together.

We have a new look! 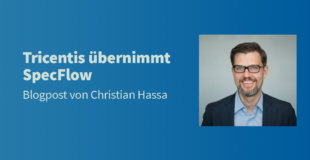 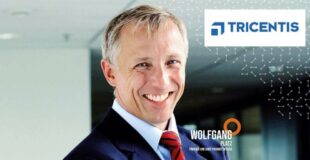 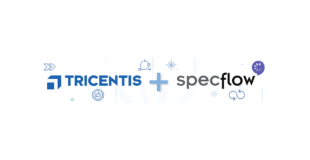